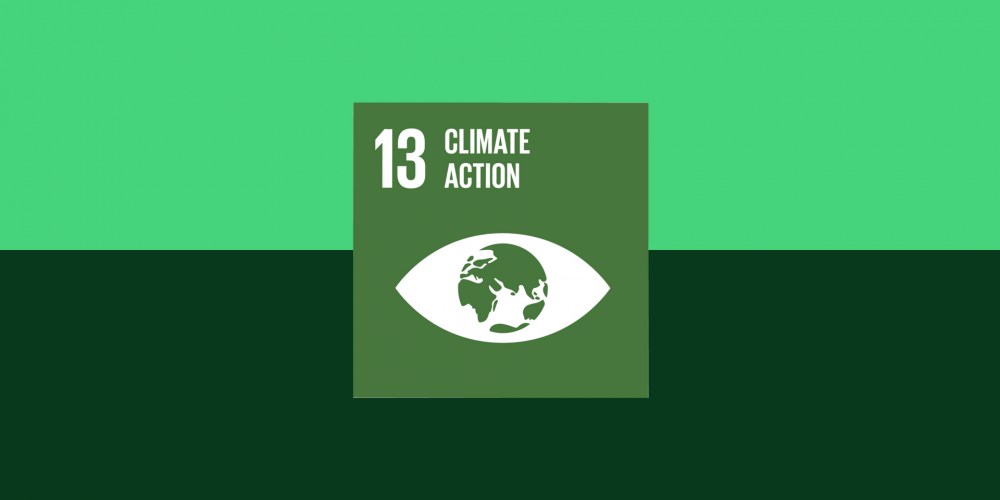 This article by Gail Wilson, Campaigns Manager of Stop Climate Chaos Scotland, is the fourth in the SDG Network’s blog series ‘Scotland’s Goals.’

It’s hard to argue with the idea that we all want to live in a more peaceful, fairer world. But is that achievable? The answer is yes, and we have a road map to get there too. The internationally agreed Sustainable Development Goals (SDGs) are 17 overarching goals which can lead us to a better future.

The promise of the SDGs is that we will ‘leave no one behind’ and it’s one that Scotland, along with 192 other countries, has pledged to help make a reality.

It’s no surprise that there is a goal – SDG 13 – dedicated specifically to climate action, given climate change has been identified by many, from Barack Obama to Pope Francis, as the greatest challenge of our time.

Increasing global temperatures, which are a result of human activities, are already creating havoc, from the dusty riverbeds of Somaliland to the melting permafrosts of Siberia. No part of the planet will escape climate impacts but some areas are predicted to suffer more catastrophic consequences than others.

We cannot now stop climate change altogether but the evidence is clear that in order to avoid the worst predicted impacts, humankind needs to change the way we do things and we need to do that urgently.  That much was acknowledged in the UN global climate deal agreed in Paris in 2015.

Sustainable Development Goal 13 – Climate Action – outlines the key steps we need to take to make that happen. This is a blueprint for national action.

Here in Scotland, all of our political parties in Holyrood have long understood and acknowledged the need to act on climate change, indeed the Scottish Parliament unanimously voted for the Climate Change Act of 2009. At the time, that climate law was world-leading.

Just a few weeks ago, First Minister, Nicola Sturgeon spoke at the latest round of UN climate talks, addressing the UN Secretary General and others. She made a plea for more ambitious action, acknowledging that if the world doesn’t deliver on the Paris Climate Agreement,  “that would make the UN’s Sustainable Development Goals unattainable…It would be deeply damaging for all nations, and catastrophic for some”.

Now the Scottish Government is preparing a new Climate Change Act, to update and complement the 2009 Act. In September this year, 19,000 people across Scotland joined us to call for that new climate law to be as strong as possible – in particular that we need to commit to being a carbon neutral country by 2050 at the latest.

In addition, bold and ambitious action on climate change helps us contribute to many of the other SDGs. In her Programme for Government, the First Minister’s pledge to phase out fossil fuel vehicles obviously relates to Goal 13 on climate action but it also contributes towards, for example, good health and wellbeing (Goal 3); industry, innovation and infrastructure (Goal 9); and sustainable cities and communities (Goal 11).

It’s a good illustration of how it’s impossible to pigeon hole action on climate change. So many elements of how we live our lives here in Scotland have an impact on Scotland’s greenhouse gas emissions. That’s why it’s vital that climate impacts should be considered across all policymaking areas.

The new Climate Change Plan from the Scottish Government, set to be published in early 2018, will set out the detail of how Scotland will achieve our promised emissions reductions. Action across different sectors, from how our energy is produced, to how we travel to work and school, to how farmers fertilise their fields, will be essential to make good on those climate promises.

At the same time, there is a continued need for all Government Ministers and Departments to understand that climate change is part of their remit. It is relevant to education, to economy, to agriculture, to health. The SDGs can act as a useful guide to help us all connect the dots between what we do.

If the world is to meet our shared goal on climate action then we need leadership, inspiration and positive examples of communities and countries taking bold action on climate change.

Scotland has a chance to show that leadership. The Scottish Government’s new Climate Change Bill is a chance to set ambitious targets, alongside a credible, transparent and bold plan for how those targets will be delivered.

It’s obvious that Scotland alone cannot solve the problem of climate change, but we can be an example and a catalyst for change.

We may be a small country, but by showing true climate leadership we can encourage other countries, regions and cities to join the global momentum towards a zero-carbon future. That zero-carbon future is imperative to achieve the SDGs and realise our aim of living in a fairer, happier world.