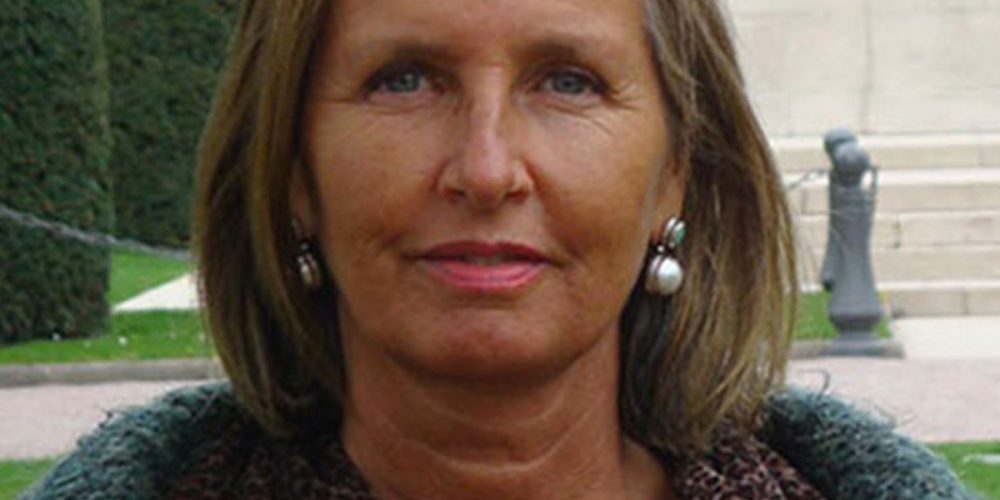 A former Brazilian pop star now heading a global sustainability charity based in Edinburgh is to receive a major international award for her work with women in the developing world.

May East, Chief Executive of Gaia Education, an international organisation which works with governments, city planners, academics, and communities around the world to plan a more sustainable future, is to receive the ‘Women of the Decade in Sustainability & Leadership’ award at the Women’s Economic Forum in Portugal on 25 March.

She has been particularly active in areas such as Bangladesh, India and Zambia, working with women to develop their leadership skills, provide education and training, establish businesses and support sustainable food production to enable their families and communities to flourish against the backdrop of looming climate change. She has previously addressed the United Nations General Assembly on the challenges facing people affected by climate change and has been instrumental in securing Scottish Government funding to help at risk communities.

May East said: “I am delighted to receive this award from the Women’s Economic Forum. It is an award I am proud to share with the entire team from Gaia Education who do remarkable work with women around the world. Scotland has been a leading voice in the global sustainability movement and the support of the Scottish Government has also been crucial to the success of our many projects with women.

“Communities around the world are facing up to the challenge of climate change and women are playing an increasingly important role in shaping the policies that will help meet this challenge. I dedicate this award to the many inspiring women I have worked with over the past three decades.”

Ms East has also been nominated by the World Peace Forum for a Luxembourg Peace Prize in June.

Originally from São Paulo in Brazil, where she combined her love for music and the natural environment, May East moved to Scotland in the early 1990s and has been a leading figure in the sustainability movement. She helped develop a close relationship between the Findhorn Ecovillage and the United Nations, culminating in the creation of the UK’s first UN linked training and sustainability centre in the village.

She was previously named as one of the top 100 Global Sustainability Leaders for her work to promote sustainability and climate change awareness and in 2013 was awarded Special Fellow status from the United Nations Training and Research Institute UNITAR.